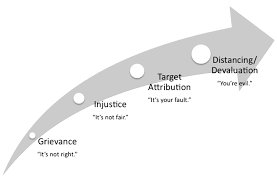 In most countries, public health approaches to address violent radicalization are already applied in street violence and bioterrorism; but leaders and stakeholders need to embrace the significance of public health interventions and research on violent radicalization (Bhui et al., 2012). While past studies (Bakker, 2006; Loza, 2007) found that overwhelming majority of people who become radicalized to violence in the West are young and male, generally aged between mid-teens and mid-20s; scarcity of research findings on the extent and nature of women’s roles in group and community radicalization (Carter, 2013). The recent acts of terrorism around the world, especially the event in San Bernardino California, it is important to note the urgent need to look at the significance of a public health approach to understanding violent radicalization. Recognizing this sense of urgency introduce the possible role of collective responsibility of leaders in epidemiology, sociology, psychology and other behavioral sciences in developing novel epidemiologic measures towards prevention strategies (Bhui, Hicks, Lashley, & Jones, 2012). While most nation’s counterterrorism approaches are grounded in inter-governmental intelligence data exchange and criminal justice systems, embracing the perceived belief that existing legal system can deal with violent radicalization effectively; it is paramount to argue that new players be included in the collection of relevant data needed in the development of public health approach to address violence such as the World Health Organization’s Violence Prevention Alliance, and the Centers for Disease Control and Prevention (CDC). The goal of CDC’s “Public Health Approach to Violence Prevention” is to decrease risk factors and increase protective factors. The logical argument for this proposed study is the need for public health research, and establish a new approach to guard against violent radicalization.

Given the current integrated surveillance system that monitors death and injuries as a direct effect of terrorism events, it is critical to recognize the risk and protective factors for violent radicalization. Bhui et al. (2102) noted “the perceived discrimination in the population as a whole or amongst distinct segments of the population; trust in authorities and their counterterrorism approaches; perceived or real economic inequalities patterned by ethnicity or religious groups; and international conflict in which the authorities appear to be biased or unfair towards a specific migrant, religious or ethnic group.”  For future research, it is paramount to identify the possible independent variables that are associated with the increased probability of radicalization in certain communities such as marginalized communities, diaspora communities, and ideology. The perceived feeling of inclusion or integration in a larger, popular community was theorized to amplify the extent of susceptibility to radicalization. Baumeister and Leary (1995) asserted on the importance of adapting psychological theories on stable interpersonal relationships. It is critical to examine the perceived instability in diaspora communities that could increase the risk of marginalization. Indicators related specifically to diaspora communities are language, the size of the community, the arrival age of immigrant(s) to the community, the age structure of the population, and the spatial concentration of the community.  Marret et al. (2013) asserted the importance of understanding the core of radicalization process that demands the necessity to question and debate the concept of violent radicalization at the theoretical level and the empirical level. The motivation for an individual or group to commit extremist violence or terrorism is not grounded in a single ideology, but selectively demonstrate their commitment from different clusters of belief systems. Behavioral indicators as stated by Fishman (2010) could be generated from social media, chat rooms, and involvement in public ideologically motivated legal activities might provide insights into community-based ideological sentiments.

Bakker, E. (2006). Jihadi terrorists in Europe, their characteristics and the circumstances in which they joined the jihad: an exploratory study. 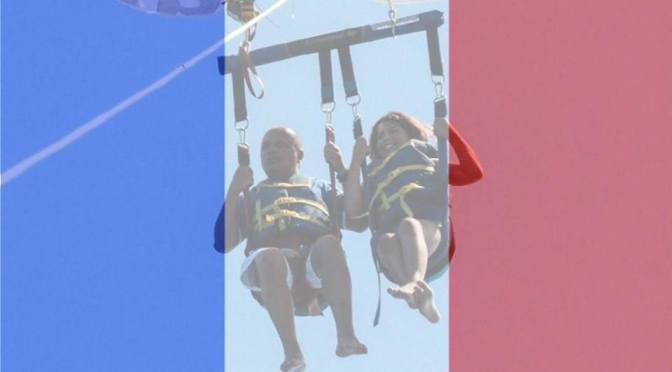 I am currently working on two essays that I needed to submit with my fellowship application, but the event in Paris made me stop for a few minutes and reflect on the scorching reminder that terrorism has no religion, a brand of madness, not faith. Such event amplified the urgency to stress the significance of New Public Health that carries a high potential for healthy less aggressive societies.  The main principles of living together in healthy communities were summarized by Laaser et al. (2002) as four ethical concepts of the New Public Health essential to violence reduction – equity, participation, subsidiarity, and sustainability. The coupling of current economic, demographic, and social issues will play a role in guiding future policy revisions. While my fellowship of interest is in epidemiology and infectious diseases, increased understanding of the interrelated dimensions of deracination or forced migration using the modern concept of public health is warranted. It is critical to understand the determinants of violence: the type of stigmatization; the process of urbanization; religious, ethnic, and racial prejudices; women’s status; the level of education; employment status; socialization of the family; availability of firearms;  alcohol and drug consumption;  and poverty.

One Nation’s Echo (O.N.E.) will break the silence and create the echo needed to advance public health.