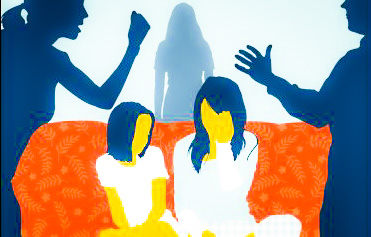 Resilience is very important in order to establish positive adaptation during marital transition. Divorce and remarriage involve a complex series of changes that can affect all aspects of family relationships. In attempts to recapture normalcy after marital separation, the feelings of hurt and pain, sadness and anger are particularly intense among children and parents. Counselling will provide the basic foundation needed and the ability to face adversity or risks, easing the challenges confronting members of families in transition.  Based on the significant body of research, most children adequately adjust to dramatic changes such as emotional distress, psychological confusion, and relationship strain. The experience of children of divorce eventually meets the criteria of Garmezy’s definition of resilience “the maintenance of competent functioning despite an interfering emotionality” (1991, p. 466).

Longitudinal research on prevention shows that communication problems and destructive marital conflict are among the leading risk factors for future divorce and marital distress. The effects of divorce and marital distress caused by destructive conflict are passed on to spouses and children. According to Stanley et al. (1995), longitudinal studies have found that destructive patterns such as invalidation, withdrawal, pursuit-withdrawal and negative interpretation undermine marital happiness.   The success of marriage is undermined by the active erosion of love, sexual attraction, friendship, trust, and commitment. Over 6 million children of divorce are growing up, and the study of specific mental health issue should be encouraged among current and future public health practitioners. The study will be instrumental in the development of variety of approaches that will deal with both normal and disturbed children, focusing on the immediate and future impact.

Many children hold inappropriate feelings of responsibility for their parents’ continuing relationship, and misunderstandings about the reasons for divorce. Children’s relationship to nonresidential parents, most commonly their fathers, often grow distant and inconsistent after separation and overtime. Parents should realize that the victims of marital transition are the children. A source of chronic distress for children are anger and conflict before, during and after the divorce. Single or joint parenting can become unstable as one or both parents struggle with their own burdens such as the adverse economic consequences of divorce.

One Nation’s Echo (O.N.E.) will break the silence and create the echo needed to advance public health.